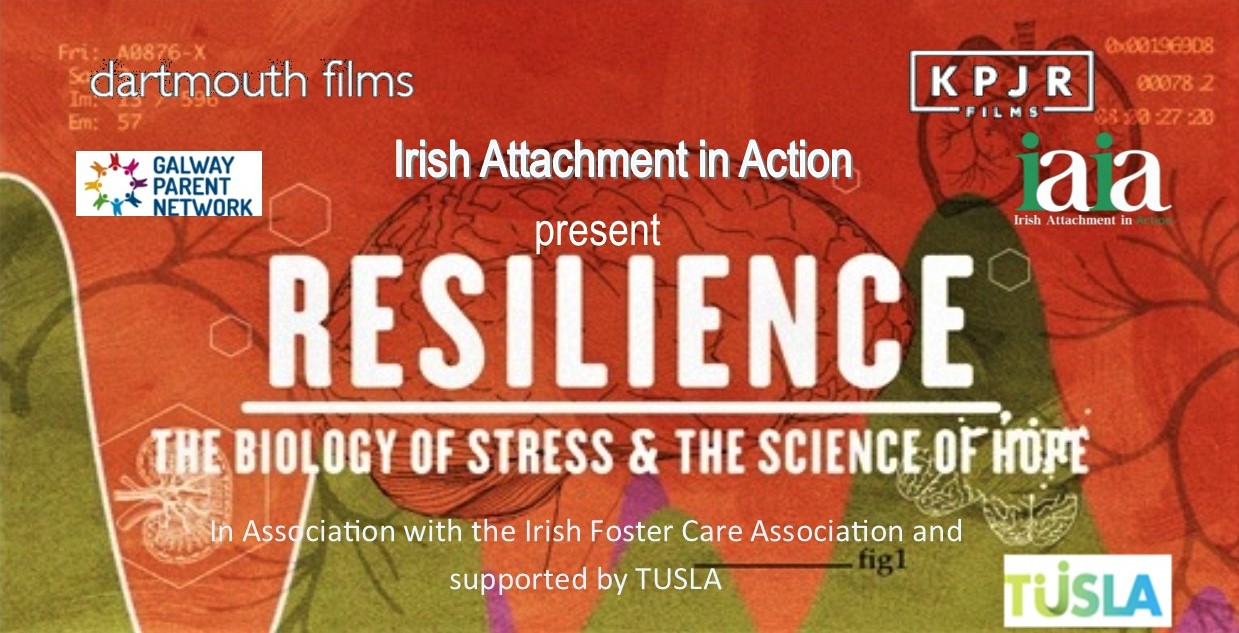 Irish Attachment in Action are holding a free public screening of the Resilience Documentary ‘The Biology of Stress and the Science of Hope’ with an ‘Expert Q and A Panel’.  Everyone is welcome to come join this important conversation. The event is free but admission by ticket only.

Sorry, the comment form is closed at this time.

Attachment theory is a theory about relationships, based on the idea that human beings evolved in kinship groups and that human survival was enhanced by the maintenance of secure bonds between parents and children and with members of the wider group [i] (Holmes, 1993).

It has been described as the brainchild of two parental figures, John Bowlby and Mary Ainsworth [ii] (Bretherton, 1995). Bowlby[iii] (1969) defined attachment as an enduring affective bond characterized by a tendency to seek and maintain proximity to a specific figure, particularly when under stress. It is an inborn system in the brain that influences and organizes motivational, emotional and memory processes with respect to significant attachment figures. Based on repeated experiences of interaction with an attachment figure, the child forms internal representations of self and of relationships with others[iv] (Bowlby, 1969).

Attachment relationships are critical to the infant’s physical and emotional survival and development [v](Wallin, 2007). Ainsworth’s contribution to attachment theory centred on the development of her concept of the ‘secure base’ which created an important foundation for research methodology in child development[vi] (Ainsworth, 1978).

The aims and objectives of IAIA are as follows:

• To raise awareness of the importance of healthy, secure attachment. This will include the dissemination of information to professional and to parents/caregivers. The primary message in this information will be an understanding of why attachment matters for individuals, families and society, as well as the factors that encourage and impede healthy attachment.

• To advocate for knowledge of attachment theory and practice to become a fundamental element in the education of all relevant professionals. This will include professionals in health, mental health, and social care service, as well as educational professionals including primary and secondary school teachers.

• To engage with a range of carers, educators and health and social care professionals in a way that supports their role in relation to understanding and applying attachment informed thinking and decision making in their clinical and educational practice.

• To assist in the advancement of effective attachment-informed practice through the development, support and dissemination of robust research, professional training and CPD, seminars and conferences.

• To act as a central point of contact for professionals who are trained and are working in using attachment-related approaches, so as to facilitate sharing of knowledge and expertise.

• To deliver a minimum of two annual events focused on promoting attachment.

• To advocate for the allocation of research funding to support the development of interventions that can be tailored to particular needs of individuals and groups within society, across the whole island of Ireland.

• To work with the Northern Ireland Assembly and the Government of the Republic of Ireland to encourage the consideration of cross-departmental policies and initiatives to promote healthy attachments.

We believe in supporting parents and families through providing access to knowledge, training and expertise in attachment for professionals. We believe that understanding and supporting positive attachments during all stages of development will deepen our awareness of how physical and emotional health interact and will enhance and help to underpin social policy planning and health strategies that will help individuals and families.

IAIA seeks to help support individuals and organisations to gain a greater understanding of this ‘Attachment World’ so as to make positive contributions to our families, work places and the communities we live in. Creating a greater awareness of the importance of relationship is one of our key objectives in IAIA.

We are committed to promoting more positive experiences of attachment to enhance our relationships between parents and children, within families and in society generally. We believe that improving the existing understanding of and attitudes towards attachment is essential for influencing the positive development of Ireland’s child and adult health and well-being.

We are committed to promoting better experiences of attachment in the Irish population in order to effect positive changes in policy and practice in education, care and health. We believe that it is important that our way of working is both connected and collaborative, reflecting the vision and values we cherish. In working alongside partner organisations, our intentions are to place attachment onto the political agenda and contribute to fundamental policy and legislative changes.